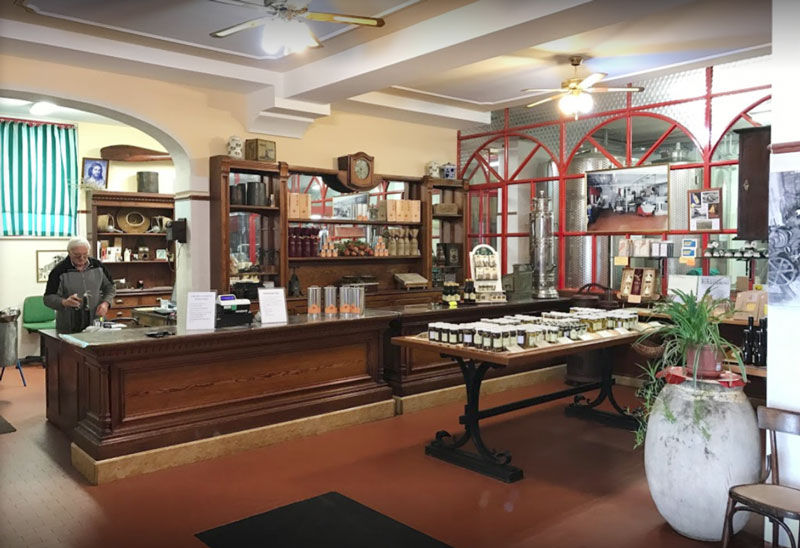 It is like entering a railway station from the 1930s, dominated by large windows with bright red arched frames, with the oil mill’s two millstones in the background, which have been in the same place for 65 years.
In the air is that intense, delicate scent of oil that makes you want to taste it immediately. We are dealing with a traditional milling system, which now accounts for 10% of the total nationwide.
On the Brescian side of Lake Garda, there are only 2 traditional oil mills left out of all those in operation.
The Morani mills work exclusively for third parties. About 2500 customers, from large farms to small private growers, flock to the Morani mills in Polpenazze at the end of the oil season: 40 days in which between 5 and 6,000 quintals of olives are brought to the mill, making for a total production of 800 quintals of oil.

The deliverers collect the oil they need for their annual personal needs, the rest is sold to the mill, which then makes it available to its customers.